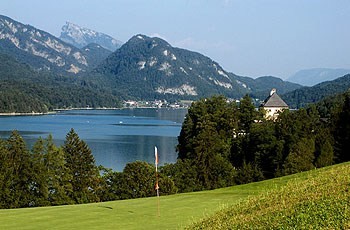 One of the oldest golf courses in Austria and a historical place whose history goes back to the 15th century. From Emperor Maximilian I to Wolfgang Amadeus Mozart to the salt baron Carl Adolf Vogel, Fuschl has hosted celebrities from all over the world. From Herbert von Karajan, Prince Rainier of Monaco, Curd Jürgens, Roger Moore to the people who wrote world history, such as the American President Richard Nixon or the Soviet party and government leader Nikita Khrushchev.